The Rise of Men's Hair Removal

If you’ve been a client of Bare Essentials for a while, you’ll know that we haven’t always offered the wide range of men’s services we do today. There just wasn’t enough interest in it, and we didn’t have anyone specifically trained for men’s waxing.

But it seems that the times have changed, because we get asked multiple times a day if we do. You’re in luck fellas - we’ve got you covered (or uncovered in this case). But this seems to be a more recent trend that has taken hold of this generation.

Women have long been bleaching, plucking, threading and waxing away unwanted hair. I mean, we’re talking centuries upon centuries of women trying to get hairless. And while cavemen did cut the hair on their heads (typically to prevent it being pulled or becoming a nest of lice), it wasn’t until recently that men started really worrying about the hair below the neck.

It seems that men have started to gravitate toward a more ‘neat and tidy’ sort of look, which could account for the increase of men looking into our chest and back waxing services. What’s interesting though, is that beards and facial hair seem to have come back into fashion. As long as they’re nicely groomed, that is.

How do we know if this is a new trend? Well, if we look back to movies and cinema of the 80’s, you would see many of the actors sporting clean shaven faces… and a full chest of hair. For a long time, chest hair was tied to virility, or a sense of ‘being a man’. I even remember my grandfather saying to me that certain things would ‘put hair on my chest’. While not exactly something that a little girl dreams of having, you can see where the generational divide is. 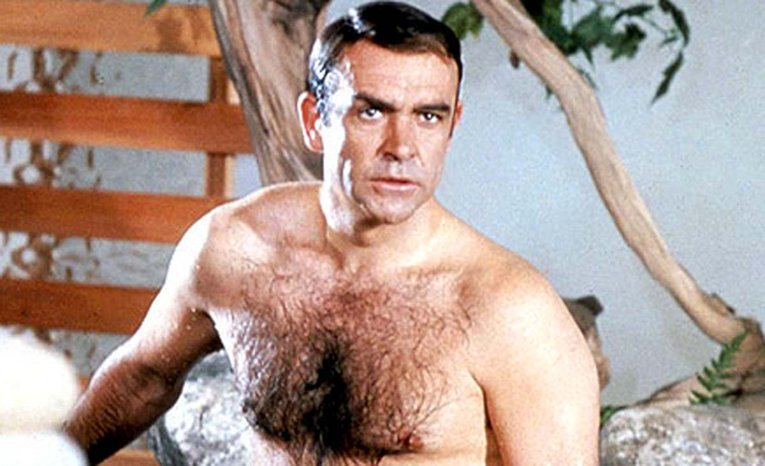 But as we moved into the 00’s and beyond, there was a shift. You can see it in the boy bands of the early 2000’s - fresh faced and bare chested. Now, to be fair it could be because a lot of these guys hadn’t really hit puberty yet, but more likely they waxed and shaved. The 2010’s have ushered in a time of beards and no chest hair; sort of the opposite of our 80’s counterparts.

So what triggered the change?

I went digging for some sort of answer, but there doesn’t seem to be one concrete reason. However, it may have something to do with the self-care movement we’ve experienced recently. Men are jumping on board and doing more things that make them feel confident. For a long time, men who were covered in hair simply covered up because getting it groomed was expensive, time consuming and generally frowned upon.

However, since the mindset has shifted towards being more body positive and doing things that make you feel comfortable in your own skin, the number of men doing at least some sort of grooming below the neck has exploded.

Another major influencer is male athletes and models who are often depicted as hairless, or very nearly hairless, and toned. It could be speculated that the lack of hair would help boost muscle definition. While I can’t say whether or not this truly makes a difference, I can see the logic in it!

Regardless of the reason why, it seems that men’s hair removal is here to stay! Whether you’re looking for permanent hair loss or just a place to get you prepped for vacay, Bare Essentials can help! Check out the men’s section or give us a call for more information!

Give us a call or text to answer any burning questions!

Send us an email

Connect with us on social